Project 7’s track record of finding solutions to tricky construction problems came into play as the biggest multi-sport venue in Europe was turned into a setting fit to host the legendary Boston Red Sox and New York Yankees teams.

We were appointed as a trade contractor to the principal contractor Gardiner and Theobold and took responsibility for many of the unusual problems that were thrown up changing the stadium from its football mode to become a baseball park.

One of the key requirements for Project 7 was ensuring that the existing Olympic running track, stadium seating and drainage was not damaged by the infrastructure required by Major League Baseball’s (MLB) first ever event in Europe. At the same time the specialist construction firm had to make sure that its solutions were up to MLB’s high standards.

“We love coming up with solutions to challenging problems. One major problem was how to securely erect the padded fences without damaging the football pitch or the multi-million-pound running track but still ensuring they were able to safely take the impact of the players, who are huge, strong athletes. In the US ball parks, these fences would be secured deep into the ground where they sit – not an option for London Stadium.

“Our solution was to create scaffolding that was independently secured with large, heavy concrete blocks that didn’t damage the surface below but could be fitted with the padded fencing and take a hit from one of the baseball guys without moving.

“Another problem to solve was how to install a blackout screen which sits behind the pitcher’s arm to allow the batters to see the white ball clearly. That area is known as the “Batters Eye” and is crucial for the batters to identify the balls coming at them at varying speeds up to 100mph.

“With all the seating in the way we needed something that would sit at an angle but wouldn’t create any glare or reflection. In the end, black serge wool drapes were used, which is traditionally used on film and TV sets to help with blackout and acoustics. We stretched this across timber panels secured on a scaffolding frame within the seats, which remained hidden from view and undamaged.”

Project 7 has built up a good reputation for complex logistical projects under very tight timescales and has previously transformed the London Stadium into a music venue to host top artists; rearranging the seating within 72 hours to successfully meet incredibly tight deadlines.

The ability to work to tight deadlines and oversee logistics was key to the MLB project as the transformation had to be completed within three weeks and derigged in only 5 days working shift patterns 24/7. Project 7 took on responsibility for site logistics which included coordinating the movement of more than 150 truck movements a day in the stadium bowl.

The company also built all the broadcast and commentary positions for the TV and radio broadcasters, fit-out and installed the 80 ft wide team dug outs, fit out the bullpens where the pitchers warm up, and erect the 60 ft tall yellow fins that are called foul poles and weigh more than two tons each.

“‘We obviously have experience of working in a stadium, but this is the first time we have helped to help create a baseball park.

“MLB Invited us to visit Monterey in Mexico to watch their International Game there between the Cincinnati Reds and the St Louis Cardinals to help with the huge learning curve to ensure that the Mitel London Series was built and delivered in Major League baseball style.

“It was a great experience and MLB were excellent clients to work with.

“We are already looking at lessons learned from this event to see how we can improve the delivery when the series returns to the London Stadium next year and hosts the Chicago Cubs and St Louis Cardinals.” 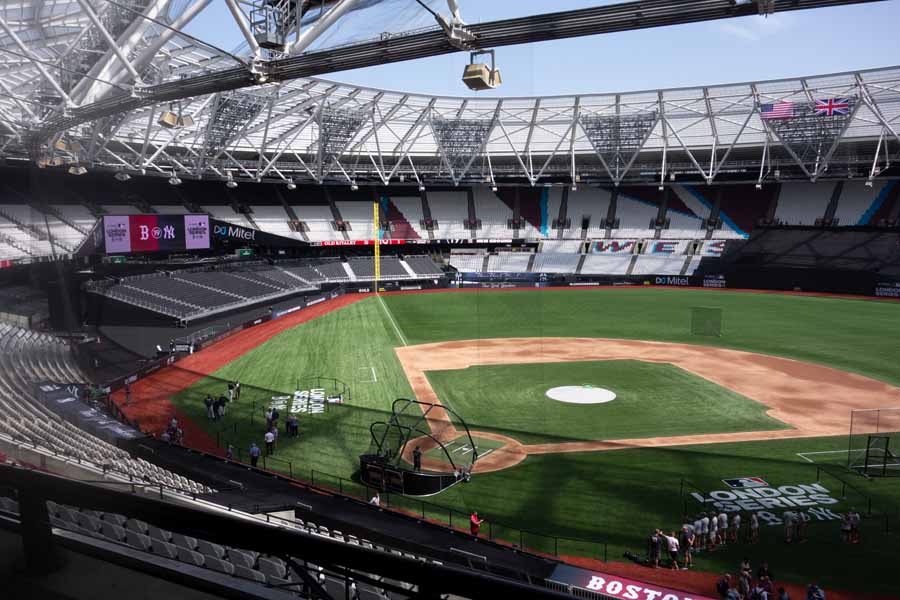 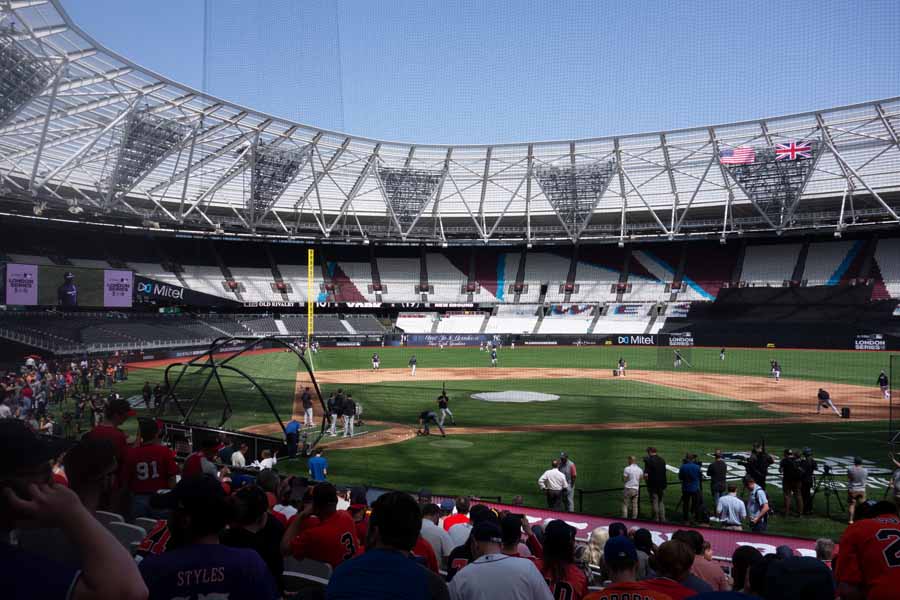 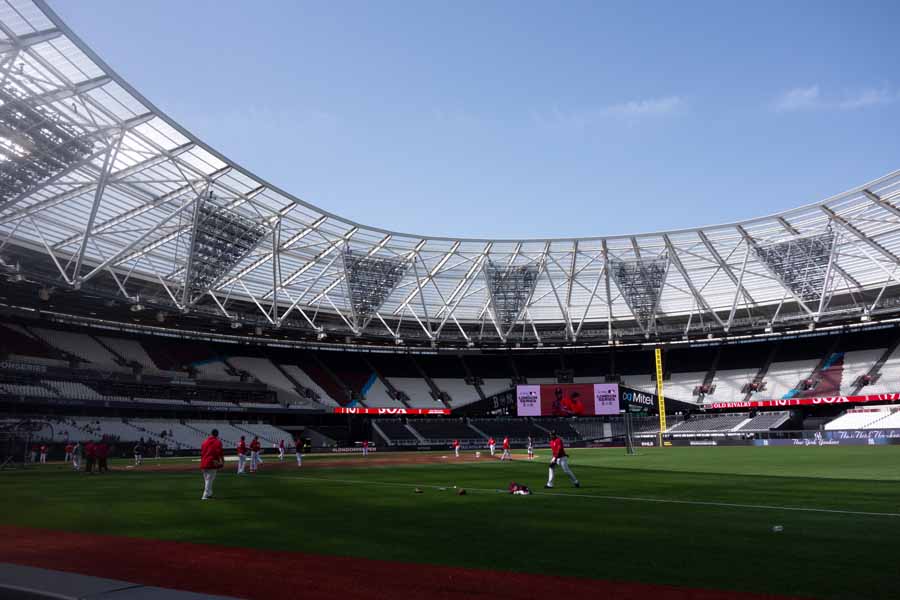 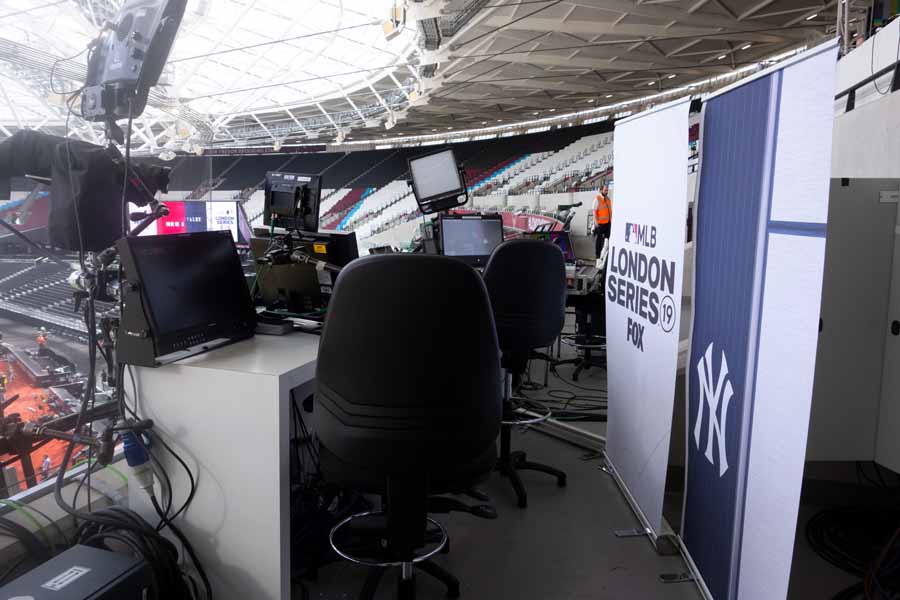 PROJECT7 HAVE BEEN SHORTLISTED FOR THE CONSTRUCTION NEWS SPECIALISTS AWARDS 2020

Give up your seat for Project7

Health and Well-being on site

Kieran Saddles up for the Tour Dell’Italia

Ready for the Rolling Stones

Project7 accepted onto the NHS Framework

Project7 volunteer day at the Arc

Project7 Hosts the MEI Summit 2017 at the London Stadium

Under construction no more! Project 7 develops it’s own new website.

Weymouth Works Come to a Close as 2017 Begins